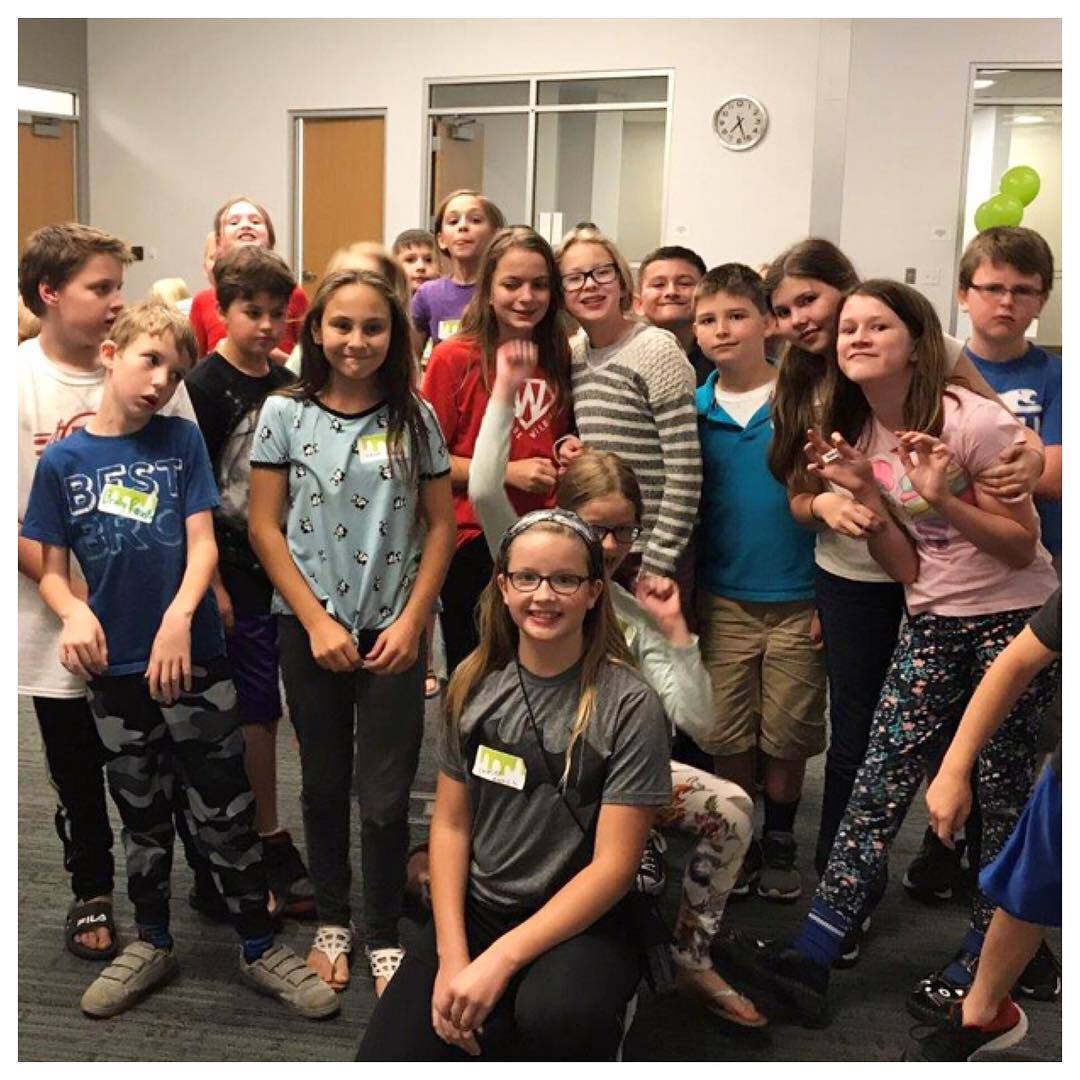 October’s Tween Night was all about Zombies! The program activities included the building of a grave treat, target practice, and zombie tag! The general plan of the night was to have target practice and treat making the first half, and end the night with tag. 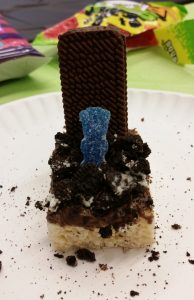 For the zombie grave treat, I set up covered tables with the required food supplies along with some paper plates. Fun part for me was making an example! The food I used was:

Next it was time to set up my Nerf shooting range! 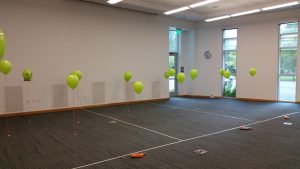 On the other side of the room, I marked 4 lanes with tape. Each lane got about 5 balloons that were decorated as zombie targets. The Teen department of my library graciously loaned me their Nerf gun collection for this! I made sure each gun was working/loaded and placed one in front of each lane. 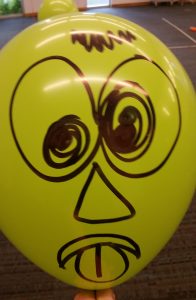 For our ending games of tag, I created slips of paper saying human or zombie so the tween knew which to start as. I also made mock survival supply boxes to incorporate into a remixed version of zombie tag. They were labeled things like “food,” “water,” and “antidote.” My inspiration for this came from this post.

The last bit of set up was a table by the entrance that served as a find your zombie name station. I found a kid friendly list online that the tweens could match their initials to figure out their undead name. (I was Brainy McBrains hehe) Also provided were name tags and markers, so they could show off their names for night. 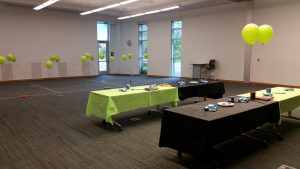 The night of tween zombies:

I am so happy that two of my coworkers had been recruited to help me with my event. We were expecting a good turn out, but we did not anticipate 80 kids!

Both activities were a hit. The grave treat even more so than the Nerf guns. I had flashbacks to Bad Art Night, because their creations did not resemble my example at all. This is in part of me allowing it to be self guided, and I’m okay with that.

The target practice did require a little more attention. Making sure that kids were sharing and taking turns was the main responsibility. 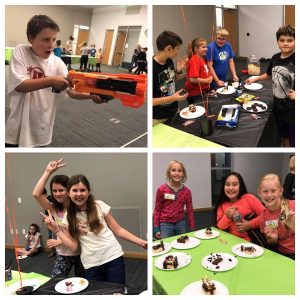 There was a natural slow down as the tweens finished their crafts, and this cued it was time for zombie tag! My coworkers and I, along with some of our attendees, pushed the tables out of the way to create room. Next bases were established, and the zombie/human slips were passed out. Then it was GAME ON!

This first game did not go well. As you can imagine with a group of kids this large, the noise level was high. Luckily the room we were in was equipped with microphone headsets. This helped minimize confusion because all the kids could now hear us and the rules!

The slip of paper system did not last past the first round. After that failed, we decided to do random assignments like “All boys/girls are zombies” or based on birthday months. The anticipation in the room during these moments was so intense and also hilarious for us staff.

They played tag for the remaining 20 minutes. This ended the event on a great note. Everyone had a great time. I saw so many happy faces!

I think I had forgotten how fun tag is. They loved it! There was a sort of simplicity to this program that I would like to carry with me into future events. Also, having fun music playing makes a difference. During the first half, we had a Kidz Bop Halloween album playing. It helped make the atmosphere just right.

An oops I had was during the transition between the craft and the tag portions. I didn’t account for the balloons that were taped to the ground, and what would happen to them once tag started. I should have secured them elsewhere. As you can imagine, they ended up free to float up to the ceiling. My coworker saved me on this one. She had a system to get them down. It was just one of those things that you can only learn after being an awesome librarian for a while. 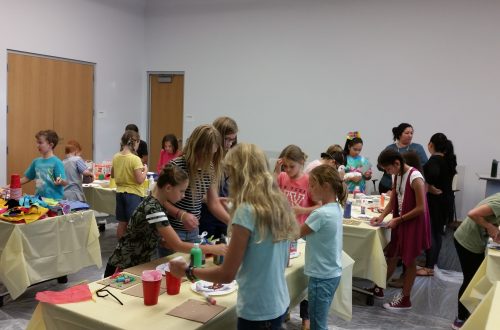 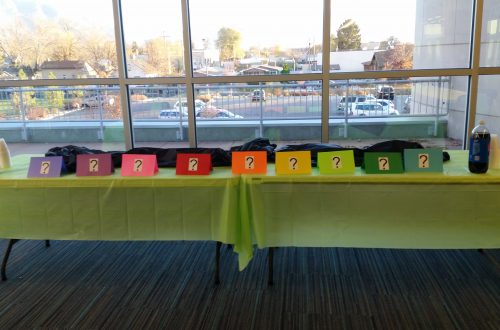